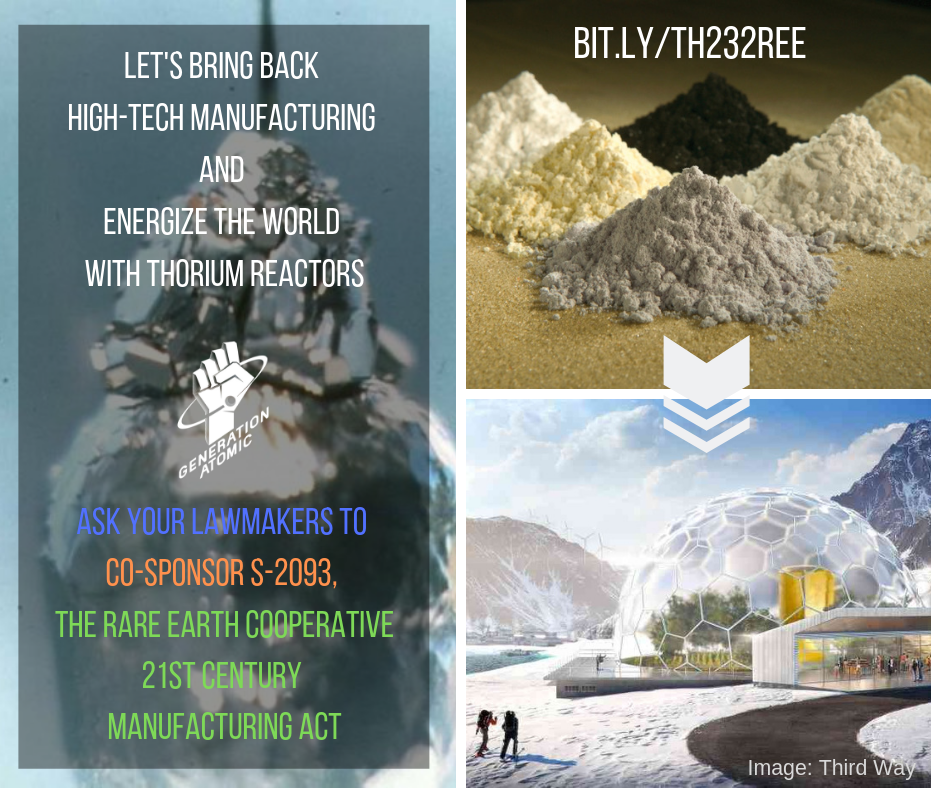 Rare earth metals are used in almost every facet of our modern life. They are the most vital components in cell phones, computers, wind turbines, solar panels, and hybrid car batteries.  They are crucial in producing our top of the line military technologies including radar, jet engine turbine blades, drones, and smart bomb navigation systems. Today’s technology simply couldn’t exist without the 17 elements on the bottom of the periodic table, which is why it’s so bizarre that the US government is almost completely dependent on China for them.

And why don’t we mine for these elements in the US? The answer: Thorium, element 90 on the periodic table.  The rare earth elements that are vital to the construction of wind turbines, electric cars, and cell phones are found in mineral deposits called monazite, and by default those deposits also contain a high concentration of the element Thorium.  Up until the early 1980s, this was a non-issue. At that time there was a federal classification change instituted by the Nuclear Regulatory Commission and the International Atomic Energy Association that redefined the level of danger associated with Thorium.  Due to the fact that thorium is very mildly radioactive, excessive restrictions were put in place as to how it must be dealt with. If this problem was remedied, domestic mining companies could supply U.S. high-tech industry with the rare earth elements necessary for production.

These bills establish a rare earth refinery cooperative to separate out the Thorium from domestic supplies of rare earths and store it in a secure facility.  This will have the effect of:

Limiting the theft of intellectual property from companies forced to produce their products in China
Bringing back high tech manufacturing to the United States
Accumulating a strategic reserve of thorium in the US, which can be used in next generation nuclear reactors to help decarbonize our energy supply.