Save Davis-Besse and Perry Nuclear Plants 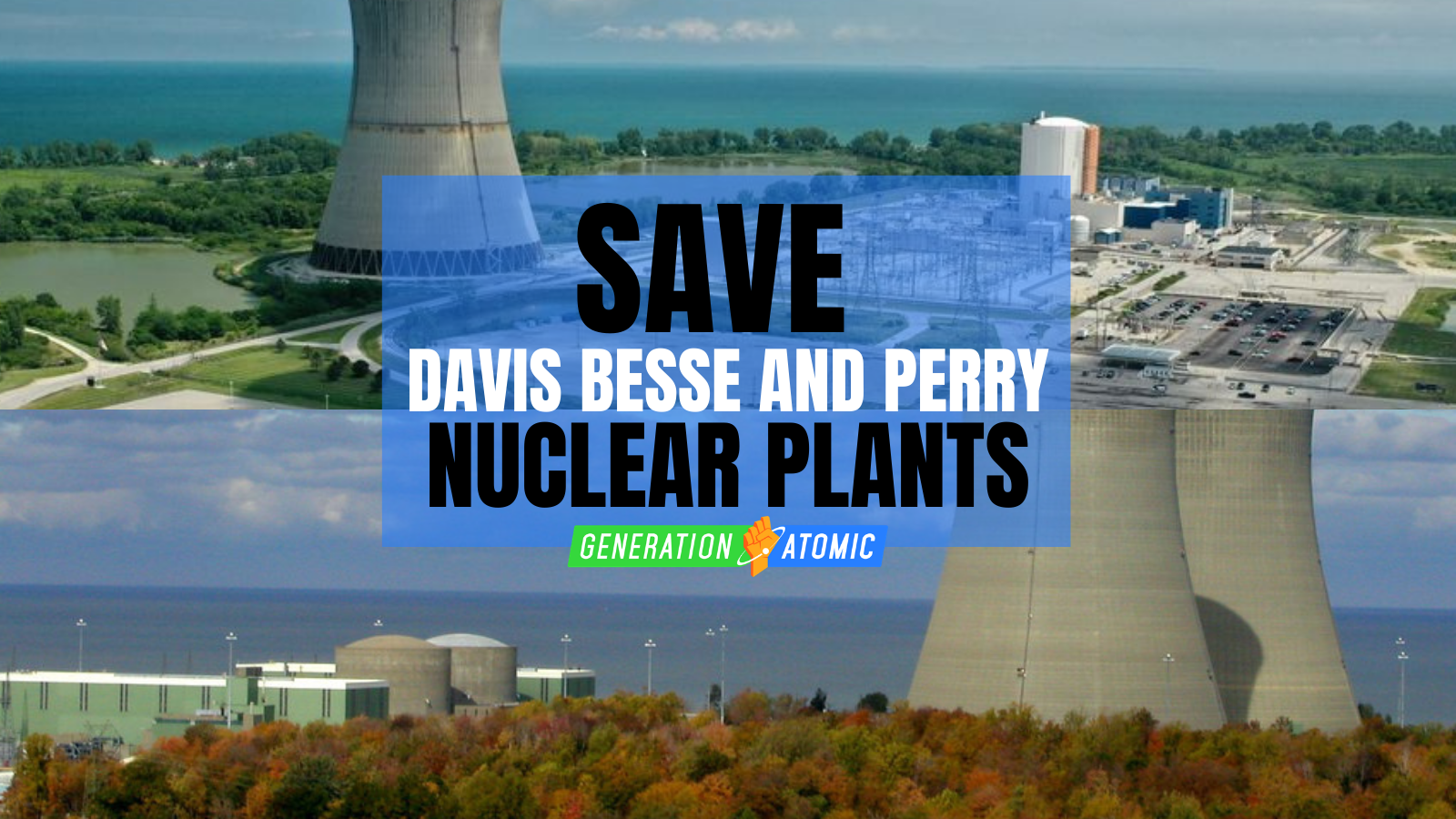 The potential closure of two operating nuclear plants in Ohio has once again become a reality after their rescue legislation, HB6, has been caught up in a bribery scandal involving allegations against the Ohio House Speaker, Larry Householder.

The Speaker was arrested (along with several lobbyists and consultants) and charged by the U.S. Attorney with taking $60 million in bribes from First Energy, who owned and operated the two plants.

According to the criminal complaint, the Speaker accepted bribes to pass HB6. That exchange would both provide subsidies which save our nuclear plants and would insure Householder regained his position as House Speaker.

Before HB6 was drafted, the utility asked for a change in state regulations and rates for the plants as a bailout because “market design and federal energy policies, not technology, are the reasons its nuclear plans cannot compete effectively against gas turbine plants and wind farms.”

The threat to close these two plants is really a corporate decision based on the profitability, or lack thereof, from the plants. They are economically stressed by competition from cheap fracked gas, heavily subsidized renewables, and a generally upside-down electricity market. Recent federal policies have added to this problem by making it difficult for states to pay more for nuclear and other clean energy sources that participate in capacity markets. That manipulation stacks the deck in favor of cheap gas or coal power in those auctions.

Davis-Besse and Perry generate a significant amount of Ohio’s electricity. These are the state’s only two nuclear power plants, located along Lake Erie. They supply about 14% of all generation and 90% of Ohio’s carbon-free electricity. Their loss will result in emissions of tens’ of millions of tons of additional CO2 into the atmosphere. Electricity generation in Ohio and in neighboring states that pick up the slack will all be based on fossil fuel assets.

We know that renewable energy sources are not used to replace electricity from nuclear plants because a reliable source is required to meet our power needs.  Instead, more gas and coal plants have historically been put into service.

Because First Energy was alleged (in the criminal complaint against Householder and others) to have bribed the Speaker, the state legislature and the governor are justifiably angry. There are calls to repeal HB6, but so far the republican majority in both the Ohio House and Senate have not moved forward with a legislative action to do so, apparently preferring to postpone such action to some time after the November 3rd election. A threat that is postponed is not a threat that is ended. Regardless of timing, these plants are still at risk.

Any repeal action would be dangerous because while eliminating the financial bailout might punish First Energy's alleged crimes, it would once again put the future of our plants at risk.

Complicating the situation is First Energy's refusal, so far, to open its financial books to inspection to determine whether the plants were profitable.

We can’t let the legislature, the governor, and First Energy take us down a one-way street that dismantles our energy assets. Without these plants any possibility of meeting Ohio’s clean energy goals will be lost. Even under optimistic projections for renewable energy deployment, power-sector decarbonization efforts will be set back by decades. The only thing that will save our clean energy infrastructure is a clear message from Ohio’s citizens that clean energy matters. The opportunity to save our largest source of emission-free power should not be squandered because of the nefarious actions of a few bad actors.

We need to send the legislature and the governor a message: do what is necessary to keep Ohio generating clean, emissions-free electricity, and save the thousands of jobs that depend directly and indirectly on the workers at the Davis-Besse and Perry nuclear power plants.

This is where you come in: Email, Tweet, and/or Call your Ohio state Senator and Rep -- your voice will help make it clear that allowing Energy Harbor to shut these two clean energy powerhouses prematurely is not an option.