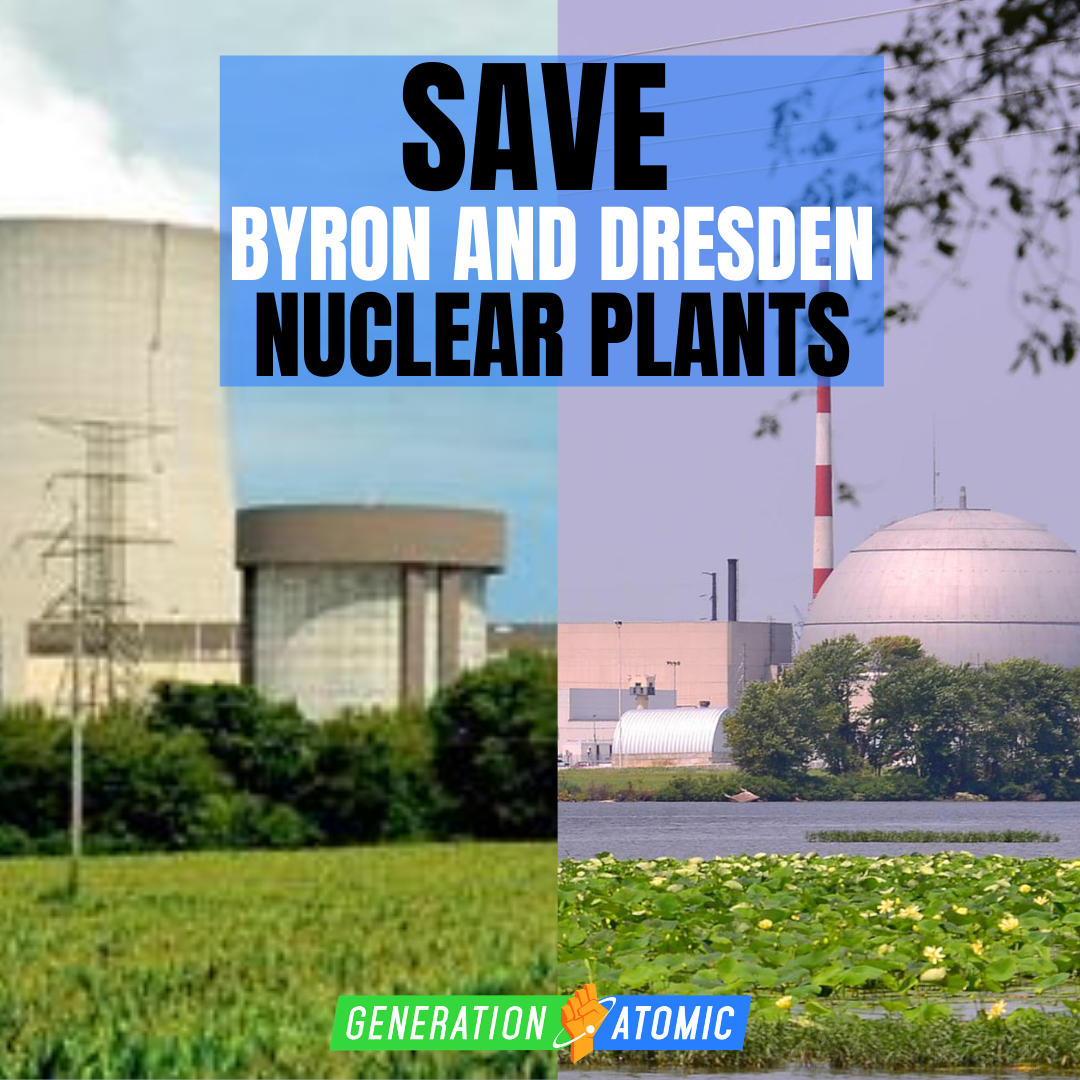 What's the situation and why is this so important?

Recently, Exelon, who owns and operates Illinois’ six nuclear plants, announced that they will be closing both the Byron and Dresden plants in late 2021, well before their license expires, and decades before they reach the end of their expected operational lifetime.  This is a corporate decision based on the profitability, or lack thereof, of these plants, which are economically stressed by competition from cheap fracked gas, heavily subsidized renewables and a generally upside-down electricity market.  Recent federal policies have added to this problem by making it difficult for states to subsidize nuclear (or other clean energy) sources that participate in capacity markets, essentially resulting in cheap gas or coal power winning those auctions.

These two plants, with four reactors between them, generate a significant amount of the state’s electricity, with nearly 20% of Illinois’ electricity coming from them.  Their loss will result in the additional emissions of 10’s of millions of tons of additional CO2 into the atmosphere, as generation resources in neighboring states that pick up the slack will all be fossil fueled.  So, Illinois will be transformed from a clean energy leader and net exporter of electricity (much of it squeaky-clean nuclear) to an importer of dirty energy from places like Indiana.  We know from history that renewable energy sources are not used to replace electricity from nuclear plants, because a reliable source is required to do that.  Instead, gas and coal plants are put into service to do that.

This decision can be reversed, if the Illinois state legislator steps up and works with Exelon to come up with a way to compensate these plants for the clean, reliable, environmentally-friendly electricity that they provide.  Recent controversy over ComEd’s lobbying activities in past years has made it politically unpopular to do anything that might be seen as a “handout” or other type of benefit to the company (Exelon is ComEd's parent company), so many legislators have expressed reluctance to help keep these plants open.  That is a shortsighted view, and basically punishes people and the environment instead of Exelon, whose shareholders likely do not care if the plants close down or not.  Unfortunately, once the plants are closed, they cannot be reopened again, and are gone for good.  We can’t let Exelon take us down this one-way street.

Our message to IL state legislators is simple:  Do whatever is necessary to keep these plants operating by working with Exelon, developing a plan that can provide the necessary incentive to help them reverse this decision.  Without these plants, any possibility of meeting Illinois’ clean energy goals will be lost.

This is where you come in:

Email, Tweet, and/or Call your IL state Senator and Rep -- your voice will help make it clear that allowing Exelon to shut these two clean energy workhorses prematurely is not an option.