If Nuclear Energy is So Great, Then Why …?

We answer frequently asked questions in the nuclear energy debate.

The following questions are addressed:

1. If civilian nuclear energy is as important as advocates claim, then why doesn’t it appear to be pursued as such?

Because nuclear is mostly important for safeguarding long-term environmental and energy security goals, which are of no immediate concern to most politicians or the public at large. In the short to medium term, fossil fuels — augmented by renewables — can do for human societies whatever nuclear could do, as well if not better (ignoring air pollution and CO2 emissions).

Moreover, for most politicians who would support nuclear, attempting to reverse entrenched antinuclear policies is considered a high risk, low reward political activity. Such politicians are waiting for public sentiment to improve before they might act to (re)enable civilian nuclear deployment. For the moment, for many it may seem easier to get behind have-your-cake-and-eat-it populist green “100% renewables” energy policies that won’t run into operational trouble or upset vested interests as long as renewables make only a minor contribution to energy supply.

In countries where politicians don’t have to worry about public sentiment as much as in Western democracies, civilian nuclear energy application is pursued vigorously by governments for its clear economic and strategic benefits, and because to enjoy the fruits of nuclear energy tomorrow it is necessary to deploy it today.

2. If nuclear is as cheap as advocates claim, then why aren’t private investors into it?

Nuclear energy is very cheap, but nuclear facilities are capital intensive and the profitability of investments in nuclear is known to be at potentially fatal risk of unpredictable antagonistic political interference (readers will be aware of a certain problem with a tsunami in Japan in 2011 which ended up politically destroying— without financial compensation — the entire nuclear sector in Germany, as well as severely disrupting or halting progress at nuclear new construction sites around the world).

Without sufficient political security and social license, private investment in nuclear is not considered feasible despite nuclear being the least-cost energy source especially in a world of low interest rates and high climate and energy security concern.

Innovative efforts to cut private nuclear investment risk - and thereby sharply reduce the consumer price of nuclear energy - are underway in the UK.

Many, if not most environmentalists don’t oppose nuclear (this author is one of them), but those who do, have traditionally been able to promote their agenda and elevate it to appear front and center as “part of the DNA” of environmentalism.

Eye-catching antinuclear campaigning has in the (Cold War) past been highly effective at increasing the prestige and membership of environmental groups. Some groups, such as Greenpeace, have their very existence to thank to antinuclear activism.

Within environmental groups and political parties, however, critical discussion of the nuclear energy question among members does occur, revealing that the nuclear opposition within them is neither unanimous nor well-informed about the technology. For example, Greenpeace still opposes nuclear because, according to that organisation, “there’s no significant savings on carbon output” when using nuclear energy instead of fossil fuels. This is, of course, absolutely false.

On the other hand, as within society in general, the details of the complex energy/climate challenge are not well understood even by most environmentalists, who therefore are not aware of the need to actively oppose the exceedingly problematic legacy hijacking of environmentalism by minority antinuclear activist hardliners, although that appears to be changing.

4. If nuclear is so great, why isn’t the nuclear industry advocating for it?

The “nuclear industry” doesn’t really exist as an effective independent stakeholder like other commercial interests such as the fossil fuels and renewable energy sectors. Nuclear industry has traditionally been government-owned and controlled, and still is (for good reason) a heavily regulated and controlled endeavor.

As such, “the nuclear industry” has no stake that it might think to need to defend or promote commercially. This is why there is virtually no nuclear industry advocacy or advertising to speak of, as opposed to the ubiquitous, high-powered advocacy and advertising for renewables and fossil fuels which have large private commercial and political stakes to defend and promote.

Moreover, nuclear industry executives and staff have learned to be wary of snap political interference and heavy-handed shut-down of their activities at the slightest hint of any perceived problem, and tend to tread very lightly indeed so as not to upset anyone or appear to threaten any other commercial or political interest, including even the interests of the fossil fuel sector.

Advocacy for nuclear energy typically comes from small organisations and passionate volunteers from inside and outside the nuclear field who simply couldn’t bear standing aside while people around the world continue to be missing out on the incredible, unique benefits that civilian nuclear technologies are ready to provide.

5. If nuclear is so great, why aren’t academics coming out to confirm and explain this for the public benefit?

They are in fact doing this and always have been, and all serious energy systems analyses (i.e. analyses that don’t exclude nuclear a priori, and don’t apply unreasonable constraints or assumptions to nuclear) of zero-carbon energy systems conclude that including significant amounts of nuclear energy helps achieve least-cost outcomes.

That’s for the simple reason that nuclear is both zero-carbon and dispatchable and durable and lean on materials use and compact and not geographically constrained and insensitive to fuel price fluctuations or security of supply issues, making it obviously (to any bona fide scientist) inherently superior to every other energy supply option.

Indeed, major scientific authorities including the IEA and the European Commission techno-economic advisory specifically state that nuclear energy — together with renewables — will remain part of the backbone of the energy system into the future.

All IPCC scenarios that meet the Paris Agreement Climate goals include a role for nuclear, and in most of them (namely the ones with high future economic growth) the amount of nuclear energy grows substantially.

It’s up to us — the public who evaluate their analyses — to realize that scientists by their nature will rarely declare things to be impossible, or even unfeasible. Scientists are bound to leave drawing conclusions about what’s possible or not to us, the public and politicians, and we must acknowledge and take that responsibility seriously by not waiting complacently for the time when even scientists are forced to tell us frankly “it is now too late to reach our climate goals” or “we must now employ civilian nuclear energy”.

Additionally, there is a class of so-called “energy wonks” who have developed a specialty dealing with all of the known and unknown challenges tied to the complicated, costly and risky attempt by many societies to become “100% renewable” i.e. getting off fossil fuels without using any nuclear energy at all.

I think this has been contributing to popular confusion about the expert consensus on the benefits and necessity of nuclear energy, helping to cause politicians in the EU, Germany, France, Belgium and Japan to shut down and demolish nuclear power plants, and build replacement fossil fueled plants, on the suggestion that such outlandish policies would help boost the uptake of renewable energy.

One particularly egregious current example of this phenomenon is Belgium, where the cost of financing the replacement fossil fuel capacity required due to the country’s politically mandated nuclear phase-out is so great that it is threatening the availability of public funds for expanding the country’s green energy supply.

Belgian energy policy chaos has thus reached an unheard of level, buttering the toast of an army of green “energy wonks” eager to continue analyzing, optimizing and consulting on all of it. What they won’t do is what one serious consultancy did do in 2016: warn Belgium that it should not destroy its civilian nuclear energy supply.

6. If I want to help ensure that nuclear energy is made available to my community, what should I do?

Antinuclearism is real and needs to be addressed for the sake of people and nature, and that will happen sooner or later given effort by people who care. But it will take effort, and your contribution is very important until antinuclearism is overcome once and for all. 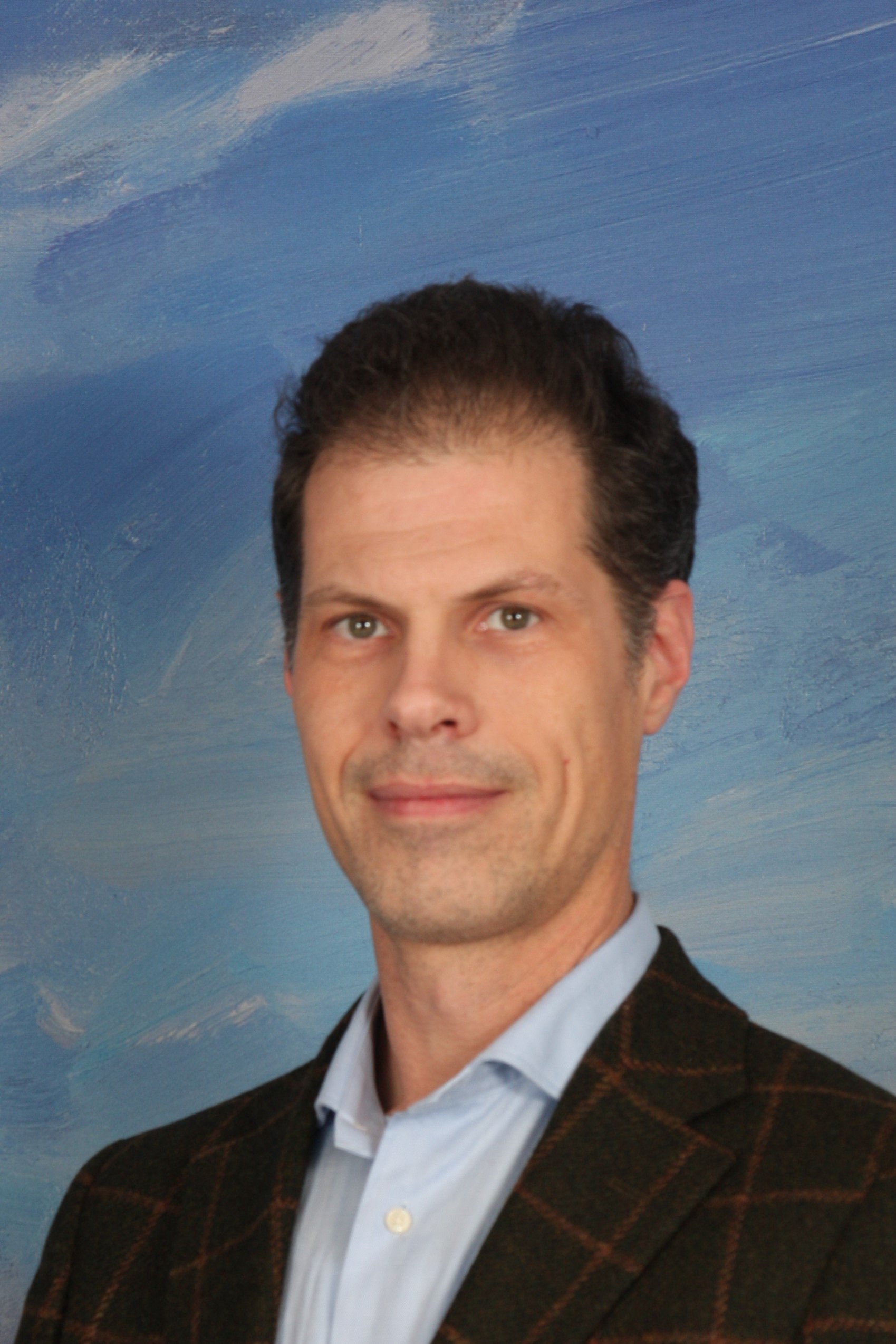 Engineer and ecomodernist consulting on energy in the built environment.