The UN and many other Governments believe that water scarcity will be one of the defining issues of the 21st century. We live in a world with an increasingly unpredictable climate with both droughts and floods becoming the norm.

The UN and many other Governments believe that water scarcity will be one of the defining issues of the 21st century. We live in a world with an increasingly unpredictable climate with both droughts and floods becoming the norm. In much of the developed world, we’ve built dams and tapped aquifers to quench our thirst. Many of the people lacking access to freshwater live in the Middle East and Africa, regions facing continued population growth that can only exacerbate the issue.  We must look for new ways to bring water to both the developed and developing world.

We live in a water world. Over 70% of the Earth is covered by water, but less than 3% is consumable for drinking or farming. This water need not be perpetually unusable. Already, the global community has begun massive desalination efforts; however, desalination is not an easy endeavor; the process is incredibly energy-intensive, and efforts to create freshwater by burning fossil fuels can only hinder global climate goals. One technology exists that can help meet both climate goals and increasing water demand.

The idea of nuclear desalination is far from new; it has been considered since the 1960’s. Nuclear energy allows the possibility of creating a constant stream of water to otherwise arid regions. In 1967 Oak Ridge National Lab invited both Israeli and Egyptian engineers to work together in order to design large Nuclear Powered Agro-Industrial Complexes, which would use nuclear power plants to produce electricity and usable water, allowing people to live and farm in places once thought uninhabitable. Though the Agro-Industrial Complexes were never built the plans stand as a reminder of how even those who disagree can still work together. Should those plans be revisited, the possibility of growth in the desert can become reality.

Abundant food and water for all with no harm to the environment, forever

Nuclear is perfect for a diverse green energy portfolio because it supplies baseload electricity, which is essential for a healthy grid. Due to the intermittent nature of wind and solar, they cannot be relied upon for essential processes like desalination, because the sun does not always shine, and the wind does not always blow. Nuclear produces a steady supply of energy around the clock. Unlike most baseload plants though, nuclear is carbon-free.  Nuclear energy helps us work towards the future we all dream of when humanity no longer relies on fossil fuels.

If you want to help make this future a reality please help us by sharing this article and video and also you can check out our Atomic Action App. The app has videos and quizzes about nuclear energy with weekly competitions and prizes along with ways you can get involved in promoting nuclear policy. 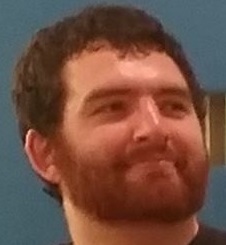 About the Author: Robby Kile is a nuclear engineering student and research fellow at Generation Atomic whose interests lie in advanced reactor design, especially the non-power uses of reactors. Robby is a strong proponent of nuclear energy as a tool for fighting climate change and energy poverty around the world.

Advanced reactors may help save the world.

Energy to Feed the World: Nuclear Power vs Meat