Advanced reactors may help save the world.

Life in the twenty-first century is better than at any point in history. Today’s standard of living in developed nations is higher than that of even the wealthiest of individuals from a mere two hundred years ago. Despite the great wealth of many nations, the world still faces great challenges such as climate change and access to basic and advanced resources in the developing world.

Life in the twenty-first century is better than at any point in history. Today’s standard of living in developed nations is higher than that of even the wealthiest of individuals from a mere two hundred years ago. Despite the great wealth of many nations, the world still faces great challenges such as climate change and access to basic and advanced resources in the developing world. Industrial processes and burning of fossil fuels have made modern living possible, but now they pose a threat to our very lifestyle. What if there was a reliable way to power modern industrial processes without contributing to climate change? What if there was a way to improve access to resources essential to human needs and promote peace? There is: advanced nuclear reactors.

The twenty-first century lifestyle has been made possible by abundant energy access. Access to energy and economic well-being are so inextricably linked that the relationship has given rise to the phrase “energy poverty.”  Global energy access is forecasted by the Energy Information Administration to increase by 41 percent in the next 30 years, mostly in the developing world due to their relative energy poverty and population growth.To fight climate change while continuing to increase prosperity across the world, radically different energy systems must be deployed than those currently operating in the world. Fossil fuels currently make up a vast majority of global energy, and they are projected to continue to do so until at least 2050, the last year for which projections are available.

Figure 2: Projected Global Energy Production by Source in 2050, projections by the US Energy Information Administration

Of the global energy consumption, less than half is electricity. A majority of energy consumption is heat used for industrial processes, and about a quarter is used for transportation, so to avoid climate change, these other energy sources must be decarbonized.

Figure 3: Electricity is shown to be less than one-fifth of total energy use globally. Data from the Energy Information Administration

Nuclear reactor technology provides benefits far beyond electricity. Reactors produce nuclides such as Technetium-99 which are invaluable to in medical testing. Production facilities for medical nuclides are extremely limited, but deployment of advanced reactors around the globe will drastically increase production possibilities for such medical nuclides. The heat output from reactors can be used to eliminate water scarcity by desalinating ocean water for irrigation and human consumption. Among the various industrial processes that advanced reactors can heat is ammonia production for fertilizer to increase arable land and make vertical farming more accessible.

Deployment of Generation IV reactors promotes peace. Advanced reactors, especially fast breeders, can run on recycled nuclear weapons material, eliminating the most dangerous weapons of mass destruction humanity has ever seen  while alleviating energy poverty. Advanced reactors can run on more than just recycled weapons; they can also be fueled with used nuclear fuel that is today considered waste, alleviating one of the largest concerns with existing nuclear power.

Advanced nuclear reactors will drastically change the landscape of nuclear energy by introducing radically different reactors. Ranging from NuScale Power’s small modular reactor -- a simplified, smaller version of today’s light water reactors which are well under way in the American licensing process. Similar in size but radically different in composition from NuScale’s reactor is Terrestrial Energy’s integral molten salt reactor which is advancing through Canadian licensing process. Among the most innovative of next generation reactors is the traveling wave reactor, designed by TerraPower, a company founded by none other than Bill Gates. The traveling wave reactor has the ability to operate using natural uranium or even to recycle used nuclear fuel or weapons-grade material. The reactors of the future, which are not that far off -- coming to market within the next ten years, will be drastically different from today’s nuclear reactor fleet.

New nuclear reactors will change everything. Stopping climate change, fighting diseases, alleviating poverty, and promoting peace are only a few of the benefits next-generation nuclear reactors have to offer. 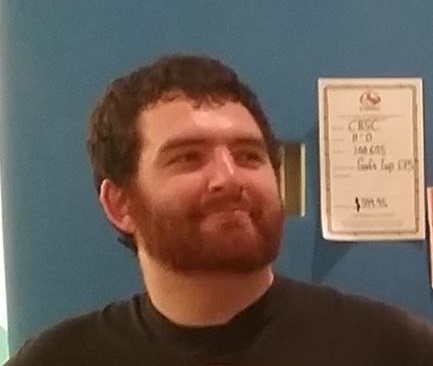 About the Author: Robby Kile is a nuclear engineering student and research fellow at Generation Atomic whose interests lie in advanced reactor design, especially the non-power uses of reactors. Robby is a strong proponent of nuclear energy as a tool for fighting climate change and energy poverty around the world.

Energy to Feed the World: Nuclear Power vs Meat